How to market duckweed as a source of sustainable nutrition 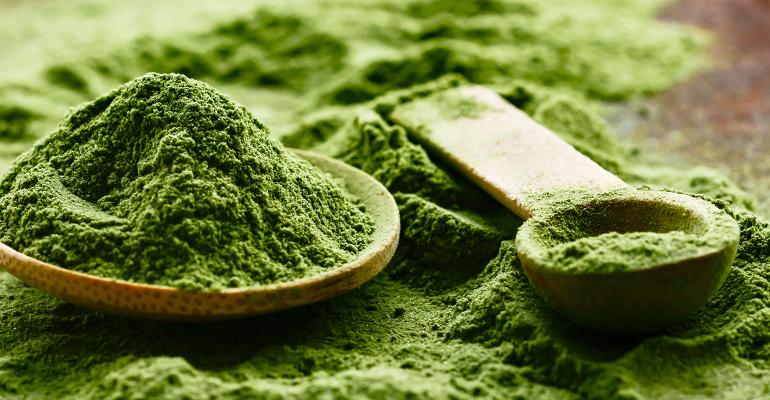 Duckweed is a protein-rich, plant-based source of vitamin B12 and other key nutrients that is fast-growing and sustainable. Astronauts are taking it on their space missions – but do consumers want to put it in their shopping baskets?

Duckweed, or Lemnoideae, is a sub-family of flowering aquatic plants that float on the surface of still and slow-moving fresh water, such as in ponds.

Although relatively unknown in the West, duckweed has a history of use in food in South East Asia. The ingredient is still niche in packaged food and drink product launches around the world, but it has potential to grow, according to Stephanie Mattucci, associate director of food science at market research company Mintel.

“Previously known as a rich source of plant-based protein, omega-3s and antioxidants, the duckweed plant has recently been found to be a source of vitamin B12. This opens the door for new innovations to use duckweed as a non-synthetic vegan source of B12 in the future,”

“Sustainable nutrition is becoming an important topic as consumers consider the environmental and ethical implications of consuming meat, dairy, poultry and other animal products. But the next wave of healthy ingredients will be those that also support - and even improve - the health of the planet. Sustainable, regenerative and nutrient-dense ingredients, such as duckweed, will capture the attention of eco-friendly and health-seeking consumers who are looking for foods that benefit themselves and the planet.”

Mintel research also finds that consumers increasingly see both criteria – healthy for people and the planet – as being complementary. In the US, 54% of adults - and 70% of adults aged between 25 and 34 – agree that sustainably sourced foods are generally healthier than other foods.

The fastest-growing duckweed strain can produce about 20 grams of dry material per square meter every day, according to scientists at the department of plant biology of Rutgers University in the US, which is 50 times higher than corn.  The fact that the plant can be grown year-round in hydroponic systems also means it doesn’t require precious arable land.

But how can manufacturers make duckweed an appetising ingredient for the general populace?

Providing information about the nutritional and environmental benefits as well as ensuring the ingredient is appropriately matched to the meal in question are important factors, concluded researchers from Wageningen University.

Israeli company GreenOnyx, which has developed modular cultivation farms to grow fresh duckweed, focuses on the sustainability of the ingredient, describing duckweed as the fastest-growing and most resource efficient vegetable on earth.

Another Israeli brand, Hinoman, makes the nutritional benefits a key feature of its recent frozen mankai product launch. Hinoman’s Frozen Mankai Plant is described as a 100% natural unique vegetable that is a rare natural plant source of vitamin B12, complete protein, iron, omega 3, zinc, antioxidants, dietary fibre, vitamin E, vitamin A, potassium, folic acid and more. The product is available in a 320 g pack that comes in an ice cube-like tray, making it a convenient ingredient that can be easily added to a selection of foods and dishes.

Hinoman describes the taste as neutral, like romaine or lettuce, and says it can be added to smoothies, soups, breads and dressings without overpowering other flavours. It also does not market the ingredient as duckweed, which conjurs, but has registered the name mankai, a twist on the Thai name, khai nam. 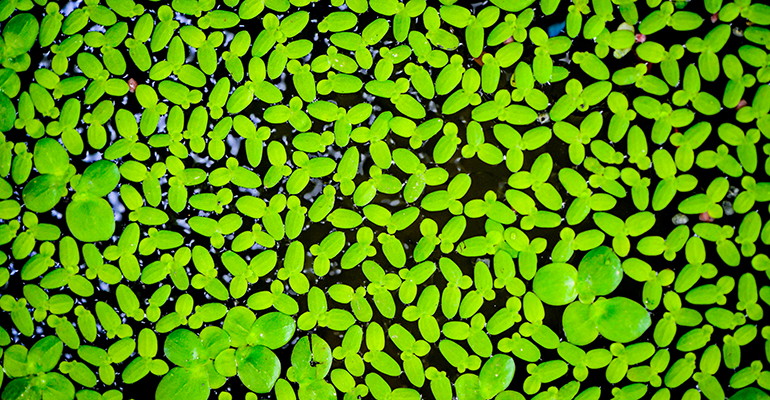 Barbara Demmig-Adams, professor of plant ecology and molecular biology at the University of Colorado Boulder, conducted research for NASA and the Translational Research Institute for Space Health, investigating the potential of duckweed to be a sustainable source of nutrition on long-term space missions where astronauts must be able to grow their own fresh food in cramped quarters.

While conventionally grown duckweed is already rich in micronutrients that play a role in fighting inflammation, zeaxanthin and lutein, Demmig-Adams found that by adjusting small variables such as light intensity, she and her team of researchers could increase the accumulation of zeaxanthin in the duckweed.

Zeaxanthin and lutein have been shown to play a role in fighting radiation damage and eye disease – both common health problems that astronauts experience, Demmig-Adams notes.

“With the right know-how, it is possible to make small changes to a few variables in how plants are grown and get them to produce more micronutrients. Similar approaches taken with other crops could benefit people across the world, not just astronauts,” she wrote in The Conversation. "On Earth, slight changes in how people grow food, backed by scientific research like ours, offer opportunities to greatly improve food production systems such that they need less, produce more and keep people healthier.”

These micronutrients have the potential to appeal to a growing number of consumers, not just a handful of astronauts. Trend spotters at market research company FMCG Gurus recently picked both lutein and zeaxanthin as 2021’s health ingredients-to-watch as they are believed to protect the eyes from blue light. With the COVID-19 pandemic forcing millions around the world confined to their homes, the amount of time spent in front of computer, telephone, tablet and television screens has increased, which has led to concerns about damage to vision and a desire to protect eye health.

FMCG Gurus found that 27% of consumers who are unhappy with their eye health are using nutritional supplements to improve their eye health and, of these consumers, 46% say the supplements have been effective in addressing this issue. Nevertheless, it noted that awareness of lutein and zeaxanthin was low and recommended that the industry work to make these micronutrients more widely known.