Toward harmonised eco-labelling across Europe 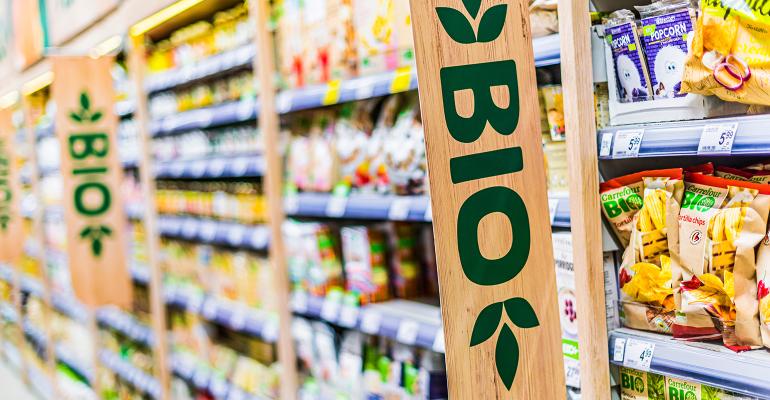 Several different front-of-pack eco-labelling systems are either in development or already in use in Europe, but competing schemes use different criteria to assess products’ impact, leading to accusations of greenwashing.

Global food manufacturers like Nestlé, PepsiCo, Danone and Tyson Foods are among those to have thrown their weight behind the latest eco labelling rating system from Foundation Earth, which also has attracted support from major retailers. It aims to launch its front-of-pack label in 2022, following an initial pilot launch in September 2021. The design is similar to the Nutri-Score system for front-of-pack nutritional labelling, rating products from A+ to G according to their environmental impact, accompanied by a traffic light colour scheme, from dark green through to red.

According to Ashley Hassin, Communications Manager at Foundation Earth, the system has been well-received by manufacturers, and about 200 products carry the logo so far.

“The biggest challenge is the time it takes to score an individual product. Because we rely on Life Cycle Analysis, and prioritise gathering primary data, it is time consuming,” he said. “This is why we’re working alongside a tech consortium to develop an automated system which will make the process quicker and cheaper while continuing to be credible.”

The idea of an eco-rating system for foods has been floated for more than a decade, and this latest system is among a flurry of front-of-pack eco-label launches in Europe. Its reliance on Life Cycle Analysis (LCA) could prove a differentiator; in June 2021, a European Citizens’ Initiative called for harmonisation of eco-labelling across Europe, with LCA presented as a prerequisite for such a scheme. 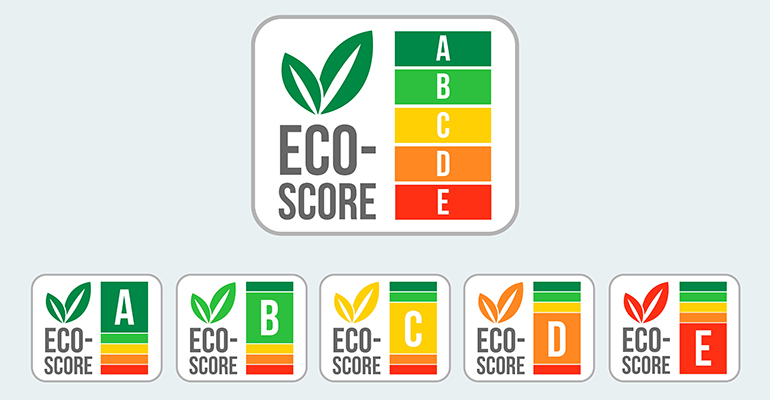 Other existing systems include Eco-Score in France, and major German retailers have decided to experiment with that scheme as well. But some claim that Eco-Score falls short on some metrics, such as pesticide use, animal welfare and biodiversity. Another French system called Planet Score aims to address those issues too.

So how do all these systems fit together?

Eventually – perhaps as soon as the end of 2022 – the European Union is expected to adopt a labelling scheme that will apply across the region under its Farm to Form agenda. In anticipation, researchers in the EU-funded EIT Food Project framework have developed a system dubbed Enviroscore. Like Foundation Earth’s system, it is based on Life Cycle Analysis, and the two groups have said they intend to collaborate on the Enviroscore launch.

According to Hassin, Foundation Earth’s goal always has been to have one eco-labelling scheme across Europe.

“This is why we’re regularly communicating with other schemes to better understand where we can work together with a view to harmonisation with the most clear and credible system,” he said.

Aside from the major industry players behind the project, there is evidence that many European consumers are supportive of eco-labelling initiatives. According to a 2020 study from BEUC, the European Consumer Organisation, nearly half of consumers would like to see an environmental impact label on the foods they purchase. The survey also found that consumers tended to underestimate the impact of their food choices, and only about 10% agreed that what they ate had a negative effect on the environment.

According to the European Commission, food consumption is the number one driver of negative environmental effects for households across the EU, followed by housing (especially heating), and mobility (especially private car use).