Are the new novel food rules living up to their promise? 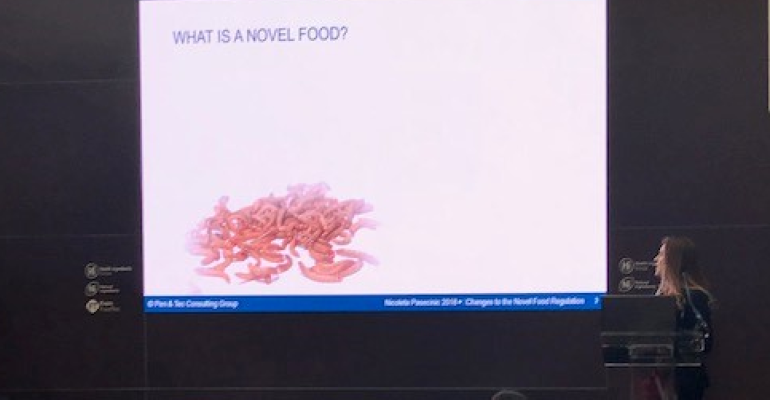 Europe introduced new novel food regulation at the beginning of 2018, intended to simplify procedures for food companies introducing new foods and ingredients in the region. Nearly a year on, is reality living up to the promise?

According to Nicoleta Pasecinic, Regulatory Affairs Associate at Pen & Tec, the regulation has helped speed approvals for innovative companies working in Europe, and the number of products applying for novel foods approval has grown enormously since the new law was introduced. Speaking at the Hi Europe Conference she pointed out that from 2014 to 2017, there were 6-10 applications per year, but there have been 29 applications in 2018 so far.

“Businesses were holding off their applications to see how the new regulations would play out,” Pasecinic said. “They didn’t want to gamble with the old regulations.”

Benefits of the new rules

Benefits of the revised regulation include a centralised authorisation procedure, a fast track route to market for traditional foods that are already habitually consumed elsewhere, and a provision for data protection for five years.

Insects are now within this regulation – a situation that was unclear before – potentially ending some of the discrepancies around the sale of insect-based foods within Europe. Prior to implementation, consumers could enjoy an insect burger in Belgium but not in Italy, for example.

Approval sought for products from allulose to whipworm

Among applications made in 2018, five were for whole or ground insects. Other themes include foods from microorganisms, foods from new production processes, and applications related to the permitted use of chia seeds. Three applications also relate to allulose, a low-calorie, naturally occurring monosaccharide that is already approved for use in a handful of countries, including the United States, Japan, Korea and Singapore. According to Innova Market Insights, global product launches containing allulose grew 267% from 2016 to 2017, albeit from a very low base.

Even in the context of novel foods, some recent applications may still seem outlandish, such as one for viable whipworm eggs from pigs’ faecal mass. The ingredient is already sold in Thailand as a food supplement targeting improved immunity, but Pasecinic is sceptical about whether European applications will pass EFSA consideration.

“It raises quite a lot of questions,” she said, highlighting the strict safety requirements for particular consumer groups, such as pregnant women."

Several traditional food assessments are also underway under the revised rules, including for sorghum syrup, which is used as a sweetener in North America, and for haskap berries, which are consumed in Japan and closely resemble blueberries.

On track to deliver?

Pasecinic said the main benefit of the new system was the promise of shorter timelines to market. Under the old process, a period of three years was a best case scenario. Now, if EFSA does not need extra information, time to approval could be half that – and so far, the regulation appears to be on track to deliver.