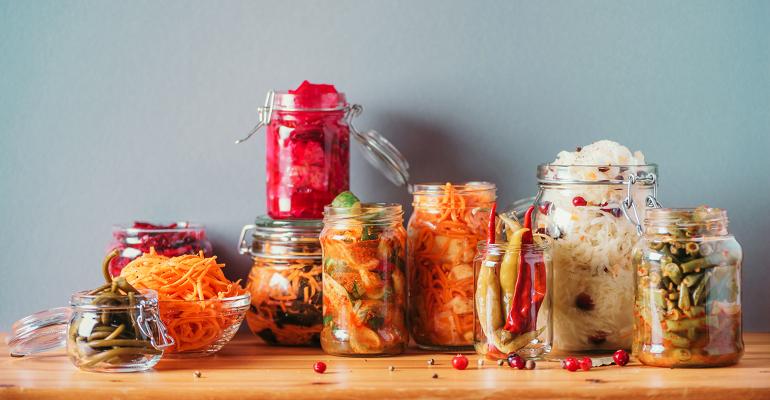 Following in the footsteps of pre- and probiotics, postbiotics could be the latest beneficial ingredients for digestive health – with significant practical advantages.

Postbiotics are the beneficial by-products or waste products of probiotic bacteria, and include organic acids, enzymes, short-chain fatty acids, peptidoglycans, and polysaccharides. They are stable, so no cold chain is required to bring them to consumers. Resistant to various processing and storage conditions, they have an advantage over probiotics in products like ambient dairy or snacks, which are technically challenging for probiotic bacteria because of heat treatment, ambient storage or lack of moisture, for instance. Therefore, postbiotics could help deliver gut health benefits in these previously hard to reach categories.

“Postbiotics are in their infancy compared to pre- and probiotics, so there are currently very few products on the market containing these ingredients,” said Megan Eade, Innovation Technologist at RSSL. “However, there are some ingredient developers who are starting to manufacture these kinds of things, so it’s really worth watching out to see how this area develops.”

Big players working in the space include Cargill, which has developed a postbiotic called EpiCor intended for use in supplements to deliver postbiotic metabolites directly to the gut. Research suggests the ingredient has anti-inflammatory effects, with implications for gastrointestinal and immune health.

In addition to those being manufactured by ingredient developers, postbiotics more generally are found in food fermented by live bacteria, such as sauerkraut and tempeh, as they are by-products of the fermentation process. 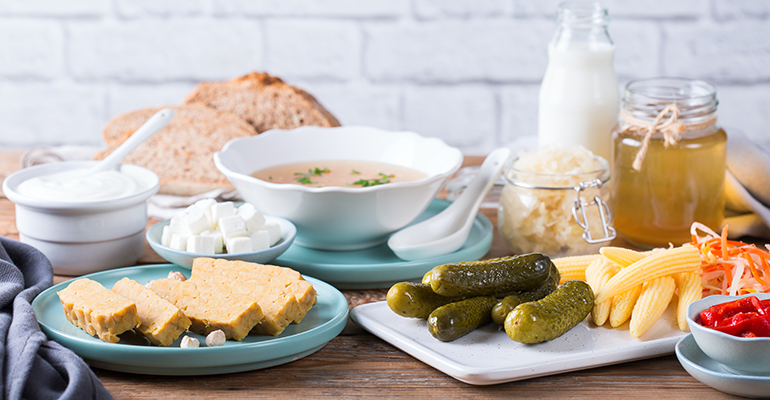 While postbiotics result from the actions of probiotic bacteria, parabiotics are another family of organisms gaining attention in the world of biotics. These are non-viable – or dead – microbial cells, although some prefer to avoid using the word ‘dead’ as it may suggest that they have no biological function. Heat-killed lactobacillus plantarum is one example, for which researchers have demonstrated possible anti-inflammatory benefits. It has been commercialised by Health Wellness Foods of Japan, where it is positioned as a supplement for immune support in functional foods.

“Postbiotics and parabiotics are both terms you probably won’t have heard much about – and consumers almost definitely will not have heard of – but I think they are becoming a really interesting innovation in the idea of digestive wellness and gut health,” said Eade.

In May this year, the International Scientific Association for Probiotic and Prebiotics (ISAPP) clarified the definition of postbiotics in response to growing interest in the area. Writing in the journal Nature Reviews, it defined postbiotics as “a preparation of inanimate microorganisms and/or their components that confers a health benefit on the host”. The definition was reached by consensus with an expert panel of scientists.

The ISAPP acknowledged that the definition’s requirement that postbiotics deliver a health benefit meant they would almost certainly need health claim approval in the European Union for use in foods and food supplements, in the same way as pre- and probiotics.

Eade highlighted that many companies were combining pre- and probiotics with other ingredients that consumers already associate with digestive health, such as botanical ingredients like ginger and turmeric. This approach could provide a route to market for postbiotics as well.

“Postbiotics also have the potential to emerge as a functional ingredient for the gut microbiome, where postbiotics can complement established prebiotics and probiotics in products offering consumers a total gut and brain health solution.”