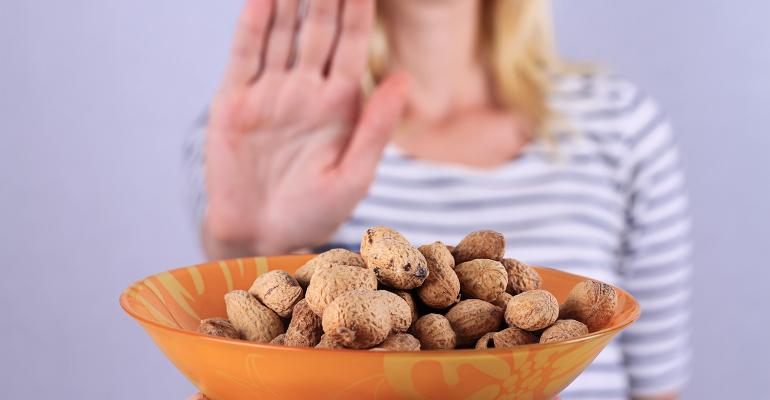 The market for plant-based meat alternatives is growing fast – but many new products use common allergens like soybeans, tree nuts, peanuts and egg. Innovative ingredients now are coming to the fore to ensure food allergic consumers don’t get left behind.

The EU and UK market for meat alternatives is set to grow at 10% a year from 2020 to 2025, according to Dutch research bank ING, with sales to reach about €7.5 billion, up from €4.4 billion in 2019. Until now, protein ingredients from wheat and soy have been among the most popular, but manufacturers have started to explore other options.

Food allergies are usually not a primary driver behind the purchase of meat alternatives, but a growing number of companies is using allergy-friendly ingredients to appeal to a consumer base that includes not only allergic consumers but also the families and institutions that need to be allergen-aware.

In Europe, there are 14 ingredients that manufacturers must highlight on-pack because they have the highest potential to cause allergic reactions: celery, cereals containing gluten (such as wheat, barley and oats), crustaceans (such as prawns, crabs and lobsters), eggs, fish, lupin, milk, molluscs (such as mussels and oysters), mustard, peanuts, sesame, soybeans, sulphur dioxide and sulphites.

For food manufacturers aiming to ensure their foods are as widely tolerated as possible, avoiding ingredients on this list is a first step. Other measures include separating production lines, product testing, and handling potential allergens elsewhere, in order to prevent accidental cross contamination.

“Far too often, food producers rely on precautionary allergen labelling and an all-encompassing ‘may contain’ label, which more often than not lists ALL possible food allergens,” says the European Federation of Allergy and Airways Diseases Patients Associations (EFA).

“However, in reality, the product may contain none or only a few of the allergens…Patients avoid products or services, causing anxiety, stress, added cost, and damaging their quality of life. Rather than being able to rely on accurate reference dose recommendations, some patients have even resorted to using an ‘I ate it and didn’t die’ method.”

But a growing number of companies has recognised the market opportunity in providing safe free from foods, particularly in the rapidly growing meat alternatives space, which has been dominated by ingredients on the common allergens list. 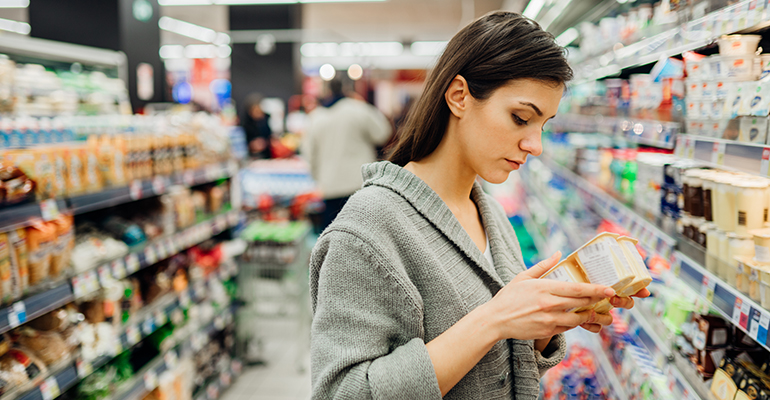 So far, peas have been one of the most popular alternatives, and their use in new products grew 195% from 2013 to 2016, according to Mintel data. Mycoprotein, the fungus used in Quorn, has been another interesting option since its introduction in the 1980s. More recently, a company called Mycorena has said it aims to grow mycoprotein for the business-to-business market, rather than creating its own direct-to-consumer brand.

The use of algae in meat alternatives is still in its infancy, although many industry commentators have hailed its potential as an environmentally friendly alternative to traditional plant proteins. As well as being allergen-free, it is highly nutritious and requires no fertilizers, pesticides, agricultural land or irrigation water. A handful of companies is working on various uses for microalgae in meat alternatives, including for its protein content, flavouring and binding properties. And in 2019, Nestlé – the world’s biggest food company – partnered with US ingredient company Corbion on the development of microalgae for plant-based foods, signalling its interest in bringing algae into mainstream.

Other protein sources are growing, too. Blends of pulses and beans help to add layers of textural and functional benefits to meat alternatives, such as in Good Catch’s plant-based tuna, which uses a six-bean blend, and ingredients like flaxseed, mung bean and fresh peas also are attracting interest.

Alongside peas, a range of vegetables is gaining attention for meat analogues. They may not be high in protein, but often have other health benefits – or benefit from a ‘health halo’. Mushrooms are proving particularly interesting because of their texture and flavour, and jackfruit has entered the vegetarian mainstream, with its naturally meat-like texture. Some companies are using vegetable powders to boost the nutritional profile of meat alternatives, while Beyond Meat is notable for its use of pomegranate powder and beet juice to impart a ‘bloody’ red colour.

While food allergies affect only a minority of consumers – estimates range from 0.1% to 6% of the European population – free from foods are important not only for food-allergic consumers but also for the people and environments around them. A family member’s allergy is likely to affect the whole family’s purchasing and at-home consumption habits, while some schools and workplaces also take into account an individual’s food allergy.

Increasingly, manufacturers are considering allergen-free ingredients as a way to achieve cleaner labels while tapping into a market segment that may be bigger than it appears at first glance.