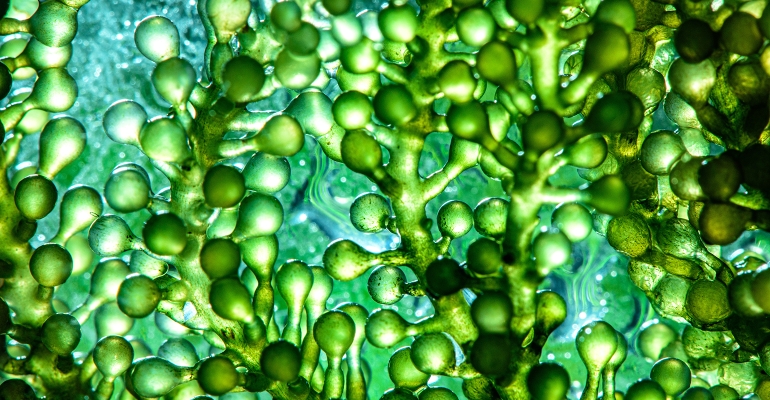 The congruence of CEO Vasilis Stenos’ graduate studies, the collective awareness and actions concerning today’s climate challenge and carbon dioxide (CO2) emissions, along with the rising demand for quality plant-based food applications were the inspiration behind Solmeyea.

The agribiotech company has a pilot-stage farm in Greece, complete with a large greenhouse. It depends on direct sunlight to develop food-quality algae that can provide proteins for food products. Solmeyea adopted a vertical farming process to maximise space.

Founder Stenos hopes that one day, the brand can expand this approach to produce algae in environments that feature dry, non-arable land or those in proximity to large CO2-producing areas.

“Microalgae biomass has very high functionality and digestibility from humans and animals,” Stenos told Fi Global. The ingredient comprises rich lipids and omega-3 content, which is highly desirable in the food industry.

The company locally sources the majority of its proprietary microalgae strains. Stenos says its remaining algae-based omega alternative biomass is obtained from “specific accredited microalgae strain collections across the world”. 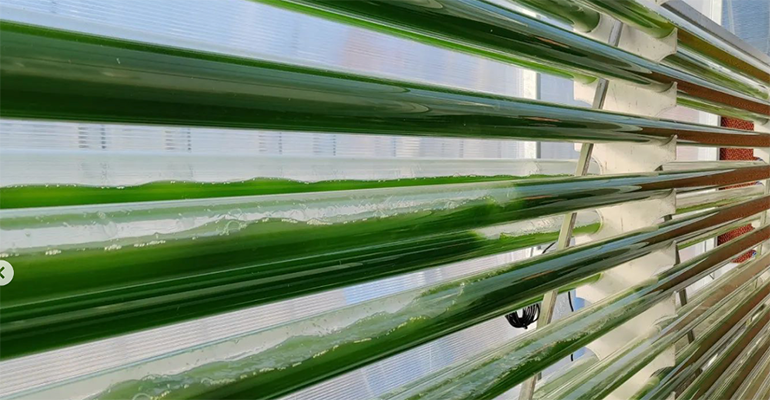 When considering its plant-based ingredient options, Solmeyea also learned that microalgae biomass production comes with the lowest environmental footprint, Stenos says, in three core areas that the brand hopes to make a difference in.

Firstly, the brand spotted that developing plant-based proteins with microalgae biomass has low carbon emissions, in terms of absorptions compared to others it had researched. Additionally, microalgae biomass offers eco-considerate benefits concerning water reuse. The startup recirculates and reuses more than 97% of its water in subsequent growth cycles.

Lastly, through research, the brand learnt it can limit its land footprint by focusing on microalgae biomass production. Lowering its land footprint is possible as Solmeyea grows its ingredients in vertical, stacked and glass data-driven systems that are photo transparent, tubular, closed and monitored. It also produces its biomass in non-fertile, non-arable, under-utilised pieces of land.

“Consumers are very well aware and informed about the environmental footprint of their selected goods, both food and non-food ones, so they care a lot about selecting good qualities without further harming the environment,” says Stenos.

The brand’s production process is based on its intellectual property-protected method, which uses CO2 conversion through an off-gas fermentation and its ability to create further absorption via highly intensified vertical microalgae farming processes.

The startup developed its IP-protected method for CO2 conversion through an off-gas fermentation in close collaboration with the Denmark Technical University. It is based on a continuous flow of CO2 through a Trickle-Bed-Reactor that converts the total CO2 volume into more efficient assimilation of the brand’s microalgae cultures.

After building affiliations with universities and companies, Stenos strives to grow the brand’s technology sales and, ultimately, begin to produce its own algae-based products. Looking ahead, Solmeyea also hopes to expand its small pilot farm into a larger facility that will absorb 16 tonnes of CO2 a year and create 10 tonnes of biomass in food products.

The Greek-based brand, which also has a subsidiary in Switzerland, is about to launch in France, Sweden and Spain. It is currently considering its long-term growth opportunities in the wider Europe and US markets.