The future of alternative proteins in Asia 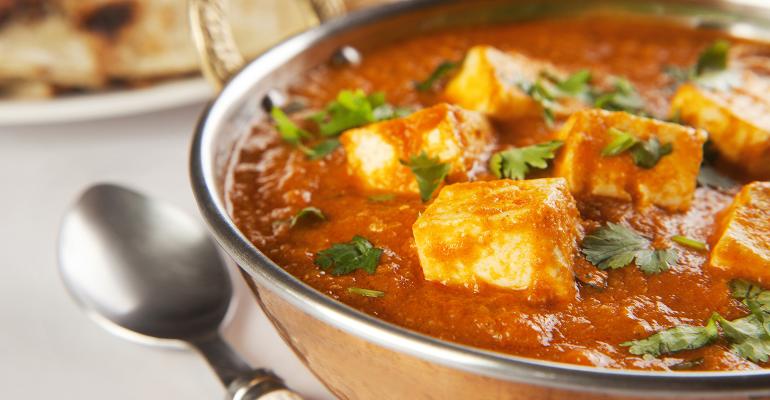 With a population of some 4.7 billion people – equivalent to 60% of the global population – increasing affluence and a rising middle class, Asia will determine global protein growth for decades to come. So, what is the future of alternative proteins in the region?

Historically, increasing affluence is strongly correlated with an increase in protein consumption, particularly animal protein. Many countries in Asia are following this curve and how they satisfy their demand for protein will have a major impact on the global protein market. This rapid population growth and rising middle class will make it a case of ‘How Asia goes, so goes the World’.

An unfortunate consequence of this increasingly affluent consumption in Asia is a virtual epidemic of lifestyle diseases, such as overweight, obesity and type 2 diabetes. It is no surprise, therefore, that health concerns are a major issue throughout Asia.

Localisation of alternative proteins IS key in Asia

That’s where version 2.0 plant-based meat products differ, in that they are most definitely meant to exactly mimic conventional animal meat products. While relatively successful, the problem with the initial plant-based products in Asian markets was that they were Western style products, rolled out through Western fast food chains. They included the usual burgers, mince, and chicken nuggets without any localisation.

Localisation is the biggest difference between the new generation of Asian start-ups and the Western companies. A good example of this is OmniMeats, which started off with the usual plant-based mince, but mimicked pork, not beef, as pork is the most consumed animal protein in Asia. Furthermore, it was designed for use in Asian cuisines such as dumplings. Similarly, they introduced a luncheon meat product to cater for local tastes and, more recently, fish and seafood products tuned to local Asian tastes and usage.

In India, local start-up GoodDot introduced ‘mutton bytz’, chicken-free chunks and plant-based ready meals tailored to Indian tastes. They are also shelf stable, an important attribute in a country where not all households own a refrigerator.

Nowhere more than in Asia is there as much whitespace to develop alternative fish and seafood products, particularly since the region is the biggest global seafood consumer. In addition to the OmniMeats products mentioned above, global seafood giant Thai Union has recently released a range of plant-based fish products.

Cultivated meat catching up in Asia

The other major alternative protein technology is cultivated meat, where cells are taken from an animal and grown in stainless steel fermenters to produce meat.

Asia has certainly been behind major players such as the US and Israel in the number of cultivated meat start-ups. That is now changing with an accelerating number of companies entering the space. From Shiok Meat’s seafood and beef in Singapore to Joes Future Food’s pork in China to SeaWith’s beef in Korea, Asian companies are rapidly catching up.

One of the major determining factors for the industry globally, not just in Asia, is regulations. Singapore has shown the way and it looks like Qatar will be next to approve products. This bodes well for regulatory acceptance in the region and the biggest single market, China, may not be far behind.

Public Chinese government records reviewed by the Good Food Institute (GFI APAC) indicate that significant funds are being allocated to help the nascent alternative protein sector optimize and scale up, including for cell-cultured meat.

Food has a long history as a siege weapon and, for this reason alone, national food security will be high on many country’s lists. Add in the global trade disruptions experienced under COVID and the issue becomes even more important.

What does the future hold?

The long-term success of alternative proteins in Asia will be determined by several factors. Above all the products will need to be ‘TECH’:

Tasty – Localised, authentic flavours, not trying to sell products in Thailand that were formulated for California.

Easy to use - Widely accessible, formatted and formulated to address different day parts.

Cheap - Priced correctly near or below conventional animal products.

How well these goals are addressed will determine how much of the protein market plant-based products can capture in the long term.

The future of alternative proteins in Asia looks bright indeed as they address many consumer concerns, particularly those of younger generations. In a global context they also help address the pressing issues of sustainably and healthily feeding a growing population. The current food system is no longer fit for purpose and to avoid a global food disaster, we are going to need technology more than ever before. Tony Hunter is a strategic consultant specialised in the future of food at Australia-based Future Cubed, helping food, beverage and agriculture companies gain competitive advantage by tracking emerging food technologies and predicting the impact on their businesses.