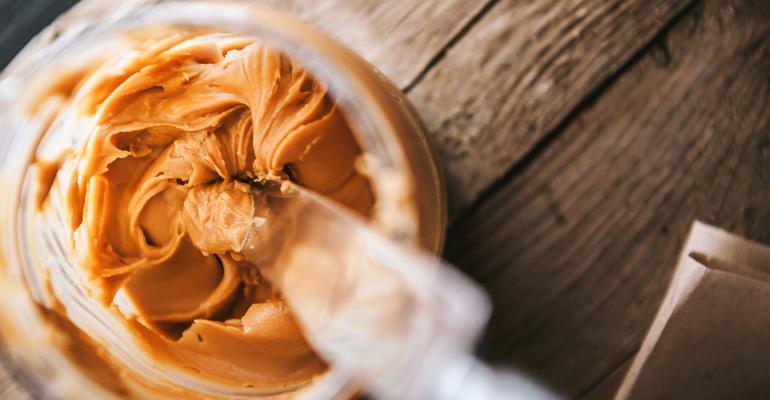 By restructuring the fatty acids in plant oils, Epogee has developed a functional, reduced-calorie alternative fat for plant-based products, it says.

Epogee sought to find a way to modify oil for plant-based meat alternatives in response to calls from consumers and food innovators. By developing its EPG (esterified propoxylated glycerol) solution, Epogee aimed to address the “unmet need” for new options and better tools to make plant-based meat alternatives taste better and provide better nutrition while retaining the benefits of traditional fat.

The US-based brand’s fat alternative solution is a plant-based oil that has undergone restructuring to minimise the amount of oil that is absorbed by the consumer’s body. EPG is produced from genetically modified organism-free (GMO-free) modified plant oil. Unlike fat substitutes that use sucrose or starches, Epogee says that as EPG is made from fat, brands do not need to add additional sugar or artificial sweeteners to enhance the product’s flavour.

Epogee developed its formulation to answer market demand for a fat alternative that would create healthier and tasty foods. In order to research, develop and settle on its final EPG product, “over a hundred ‘scientist-years’ have been invested” to transform traditional fat into its alternative, say Rowe and Caruso.

Following the fat alternative’s brand exploration of possible formulations, Epogee identified its fat alternative, EPG. The result of its research and development (R&D) is a split fat, in which fat’s glycerol “backbone” is separated from the fatty acids, Rowe and Caruso say. After this separation, a propoxyl ‘link’ is inserted between the fatty acids and glycerol.

EPG is created after the new structure is put back together with the components of fatty acids, propoxyl and glycerol. The fat alternative’s structure allows the fat receptors on the mouth and tongue to detect the flavour and texture of fat, say Rowe and Caruso. The propoxyl link resists the enzymatic processes that release calories and saturated fats from fat metabolism, Rowe and Caruso continue.

The modified plant-based oil avoids liquefaction when passing through a consumer’s body as it has a melting point of 102°F compared to the typical body temperature of approximately 98.6°F.

Epogee states it currently has US Food and Drug Administration (FDA) Generally Recognised As Safe (GRAS) designations in 14 categories, including plant-based proteins, and 62 studies backing the science. The US FDA applies the food ingredient regulatory classification, GRAS, to those chemicals or substances added to food that the organisation determines to be safe for its intended use. 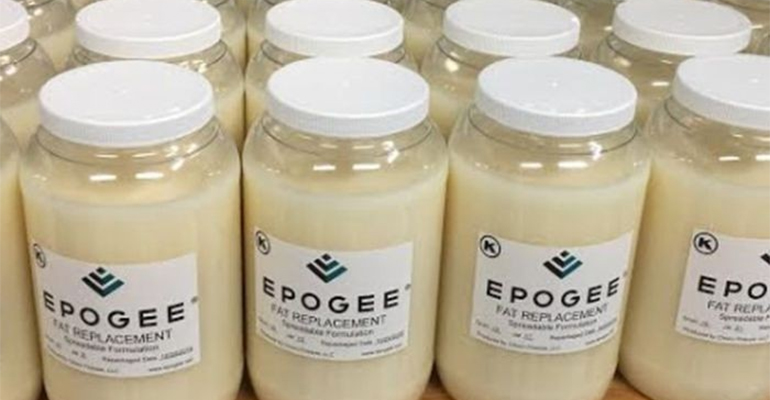 To satisfy consumer demand, Epogee has designed its EPG to imitate meat and improve upon current plant-based fat offerings on the market. The fat alternative can achieve improved juiciness, moisture, mouthfeel and texture and further sensorial enhancements by providing a more animalic or tallow-like melt profile and weight on the palette, Rowe and Caruso say.

From a flavour perspective, EPG offers reduced burnt, pea, seared and bitter off-notes, Rowe and Caruso say, while improving the cohesiveness of product mass and offering added tenderness during consumers’ first bite of the product.

Rowe and Caruso say that all of these changes to a product’s sensorial properties and overall consumption experience can be achieved by replacing a portion of the current fat in plant-based products without eroding its nutritional profile.

Pursuing the next plant-based and alternatives era

In 2022, Epogee has been inspired by the creativity and enthusiasm of innovators working in plant-based meat and dairy alternatives, Rowe and Caruso say.

“Everybody has a vision, but they share a common need—their products need to taste better to convert initial product trials into loyal repeat customers to their brands.”

Epogee now plans to accelerate its work to help these brands create and launch products that are “equally as enjoyable to eat as they are good for you”, say Rowe and Caruso.

“We have discovered that EPG uniquely delivers a ‘bullseye’ solution to many of these challenges: juicy, rich, dense, lingering sensations that match the ‘signature’ of iconic animal fats,” say Rowe and Caruso.