In pursuit of meatier meat alternatives 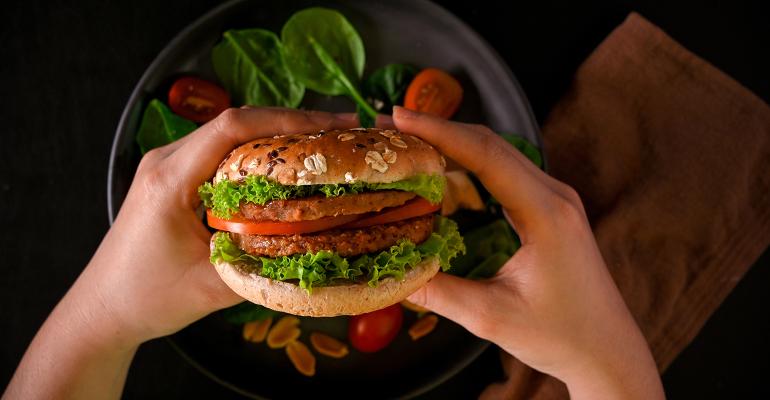 The quest is on to make vegetarian meat alternatives that could almost pass for real meat, from their taste and texture to the way they cook, the ooze of blood and juices when they are cut, and how their fat melts in the mouth and in the pan.

The number of companies working on alternative proteins has multiplied in recent years, with new products based on diverse sources like peas, hemp and potato, as well as mainstays like soy and wheat. As their functionalities have become better defined, developers now are looking to finesse their products to make them more authentically reminiscent of meat.

Impossible Foods and Beyond Meat were pioneers in the sector, with burger patties intended to replicate beef burgers, rather than just replace them.

Impossible sparked a change in approach with its plant-derived heme, which mimics the metallic tang of blood, while Beyond added another dimension to its burgers, too, with beetroot juice that oozes onto the plate as the burger is cut, in a similar way to meat juices.

The innovative minds behind these products understood that vegetarian substitutes often fell short of the oozing, bloody nature of meat, which is not only hard to mimic, but is often assumed to be undesirable among those looking for vegetarian meat alternatives. In fact, the main consumers of such products are flexitarians, according to market research organisation Nielsen, which found 98% of meat alternative buyers also eat meat.

When the heat is on

However, there are limits to some ingredients used for colour and juiciness. Yemoja is an Israeli company that discovered a red microalgae that serves to colour meat substitutes, and that reacts to heat in the same way as blood.

“It is changing its colour when temperatures are increased - from red to brown and grey,” said Anikam Bar-Gil, CTO at Yemoja. “In addition it is adding a metallic-umami taste and because it contains some polysaccharides, it is caramelized and sizzled. Plant based colorants such as beetroot, purple cabbage, lycopene and others, stay red even after being exposed to high temperatures, they do not add any texture or taste to the formula.”

However, there are other ways in which meat-free patties are still noticeably different from their meaty counterparts – and product developers have their eye on fat in particular.

Until recently, vegetable fats have been the only option for vegetarian products, but only palm oil and coconut oil are solid at room temperature and melt in the pan in a similar way to animal fats. Palm oil suffers from a poor environmental reputation – although sustainably sourced palm oil is available – and coconut is too strongly flavoured for most meat alternative products. Other vegetable oils have a tendency to cook out of the product entirely, leaving it hard and dry.

Cultivating animal fat cells outside of the animal may provide another option.

UK-based startup Hoxton Farms is among a handful of companies looking at the potential for cultivated fat. It grows purified animal fat in bioreactors, starting from just a few cells, with the aim of providing a cruelty-free, sustainable ingredient for use in plant-based meat alternatives. It is still in the research and development phase, but it has already attracted $3.8 million in seed round funding.

Cultivated meat sits adjacent to the meat-free category, in that it is actual meat rather than a substitute, but it is still an enormous challenge to build an entire burger – and even more so if the target is whole muscle meat like steak.  Cultivating a single component like fat is much simpler.

“Fat is magic,” the company says. “It’s the secret to delicious food. Plant oils aren’t a good replacement: the world needs a clean source of animal fat to create meat alternatives that look, cook and taste like the real thing.”

Apart from cultivated fat, Mycorena is another company targeting the fat in meat substitutes with an alternative derived from fungi.

“The point is that the flavour in animal fat is released when we cook our meat, in turn dispersing of its flavours to give you that tasty experience of the whole meat,” said Paulo Teixeira, Chief Innovation Officer at Mycorena.

The company claims its fungi-based fat creates a profile of sensations similar to those associated with a juicy steak, “taking plant-based meat to the next level”.