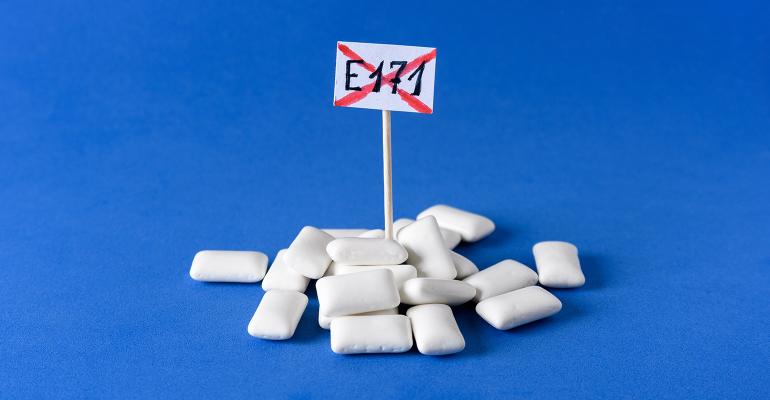 A European ban on the white colouring agent titanium dioxide has just come into force, and companies have until mid-2022 to phase out its use. What alternatives are available?

The European Food Safety Authority (EFSA) concluded that titanium dioxide (E171) could no longer be considered safe as a food additive following its review of the additive last year. Titanium dioxide is a naturally occurring mineral used as a white pigment a range of products, including soups, baked goods, sauces, sandwich spreads, processed nuts, confectionery, cake icing and chewing gum.

Data from market research organisation Mintel shows that new product launches with titanium dioxide started to decline as early as 2019, even in the sugar confectionery and gum markets, which historically have been major users of the ingredient. The decline began in light of safety concerns, although EFSA and the US Food and Drug Administration concluded several times that there was insufficient evidence that titanium dioxide was toxic.

French authorities imposed a ban from the start of 2020, saying its action was based on the precautionary principle rather than any particular concern about the safety of titanium dioxide in foods. However, EFSA’s most recent review suggests neurotoxicity could not be ruled out, which led regulators to implement a ban across the European Union.

Alternatives have been hard to come by, as cost-effective titanium dioxide (TiO2) has long been considered the reference for opaque white colourants. However, as the spotlight intensified on its potential safety issues, a handful of substitutes has come to the fore. Calcium carbonate is another option that has been available for many years, while newer options include rice starch and combinations of starches and minerals. 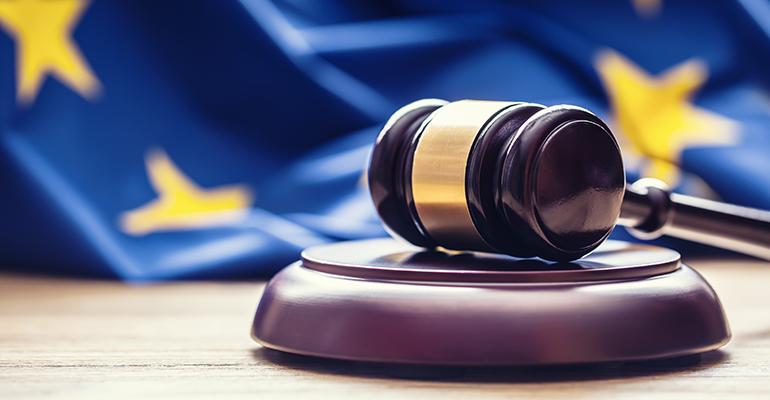 Rice ingredients specialist Beneo has been a major beneficiary of the TiO2 ban. Projecting increased demand, it decided to expand capacity by 50% at its rice starch plant in Wijgmaal, Belgium. It says the expansion is on track to be fully operational in the first half of this year.

“The growing consumer interest in cleaner and clearer ingredients, coupled with recent developments, such as the EFSA’s proposal to ban titanium dioxide as a food additive, are triggering industry players in the EU to adapt their formulations. As a result, the demand for natural functional ingredients, such as rice starch, in confectionery is on the rise.”

He said the ingredient is particularly suited to confectionery coatings and chewing gum where it is capable of filling superficial micropores, due to its very small particle size, which gives a smooth finish. It also provides a brilliant white finish that is stable over time, and rice starch can be used in other applications, too, such as dairy, soups and sauces.

“While the ban is on titanium dioxide only relates to Europe, we’re also seeing more and more requests for TiO2 replacement across the globe,” he said. “With customer and consumer demands for more natural ingredients in their confectionery products continuing to grow, the popularity of functional ingredients like rice starch looks set to increase further, as producers seek to tackle clean and cleaner label reformulation challenges.”

Other suppliers are combining starches with minerals like calcium carbonate to optimise functionality, particularly as starches may be bulkier than titanium dioxide, and tend to retain moisture.

According to Commission Regulation (EU) 2022/63, food and beverages containing titanium dioxide can be placed on the market until August 7, 2022 and can remain on the market until their expiration date. After August 7, the additive will no longer be allowed in EU food manufacturing or in imports to the European market.