How AI could help manufacturers cut food waste in half 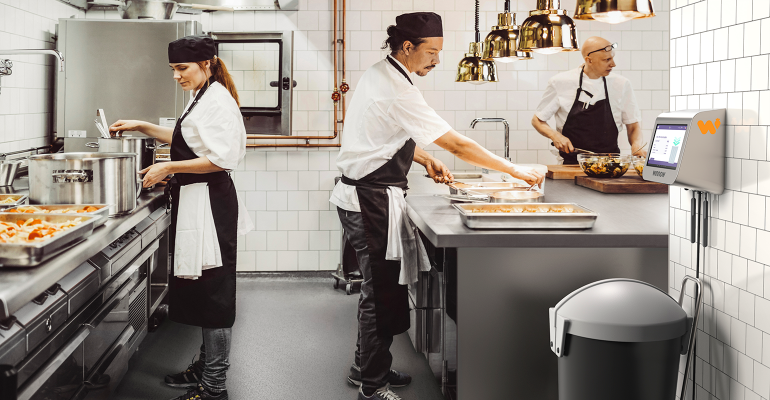 Reducing food waste is one of the greatest challenges facing the global food industry. Foodtech company, Winnow, is using artificial intelligence (AI) technology to cut food waste in commercial kitchens in half. Its solution could also offer significant cost and sustainability benefits to food manufacturers.

Globally, as much as 40% of all food produced for human consumption never reaches the plates of consumers. In Europe alone, the cost of this food waste amounts to a total of just shy of €‎150 billion annually – an eyewatering figure in a continent in which 36.2 million people cannot afford to eat a quality meal every second day. Taken on a global scale, this cost rises to a staggering $1 trillion, the UN Food and Agriculture Organization (FAO) estimates.

Responsible for a combined 39% of total food waste, the food service (26%) and retail sector (13%) are two of the largest generators of waste, following households (61%), according to the UNEP Food Waste Index 2021. On a mission to reduce food waste in the service and hospitality industry, foodtech company Winnow is using technology to increase the efficiency and sustainability of commercial kitchens by cutting food waste in half.

Data collected by Winnow in around 1,500 kitchens shows that commercial kitchens typically waste somewhere between five to 15% of food, reaching up to 20% in some cases. That’s not because culinary teams are bad at the job or are purposely throwing food away, it’s the result of a complex set of forecasting decisions that are often made in stressful environments with limited access to accurate information, explains David Jackson, director of marketing and public affairs at Winnow.

“There’s always been this issue in the hospitality business. It’s very difficult to measure the [amount of] food being thrown away. That’s also the same for larger production facilities. We're asking teams to measure food waste manually, either by using pen and paper or by entering data into a spreadsheet. It's not very reliable and doesn't drive, change,” Jackson said.

To combat this issue, the UK-headquartered company use AI technology and machine learning similar to that found in the driverless car, branded Winnow Vision, to identify what types of food are being thrown away and different stages of the production process. This data is then converted into analytics which help culinary teams to determine exactly where and when to reduce food waste.

Operating in almost 2,000 locations and over 65 countries, the technology is currently helping to save around 36 million meals per year from the bin, it says. In monetary terms, that amounts to approximately $42 million worth of food waste, while in an environmental sense, this totals a reduction of over 61,000 tonnes of Co2 emissions per year, according to the company.

“We're really motivated to make a system-level change. We have a goal as a business to be saving a billion dollars’ worth of food every year by 2028,” said Jackson.

Winnow’s digital tool, which collects data and insights via a division model entering algorithm, is designed to be used on the ground by culinary professionals to aid inventory management, reporting, and decision making.

“There’s a saying that we don’t tell chefs what to do, because they’re the ones with the knives. But the reality is, those teams know what's happening in their kitchens and their production facilities better than anyone, so we give them the tools to be able to make the decisions themselves,” Jackson said.

The company’s technology could in future be applied to the wider food industry, allowing manufacturers to make food waste and cost savings similar to those seen by the likes of Ikea, which recently announced that it had more than halved food waste across around 400 stores globally. This translates to a total cost saving in the region of $37 million since 2017 for the Swedish multinational.

On a macro level, Winnow’s technology has the potential to generate savings of anywhere between two and eight percent of the food purchasing costs of a site, which is particularly significant given current food price inflation, the company pointed out. For large food manufacturers who rely on the purchase of ingredients from external suppliers to produce products, identifying and preventing food waste along the production process could amount to large cost savings. 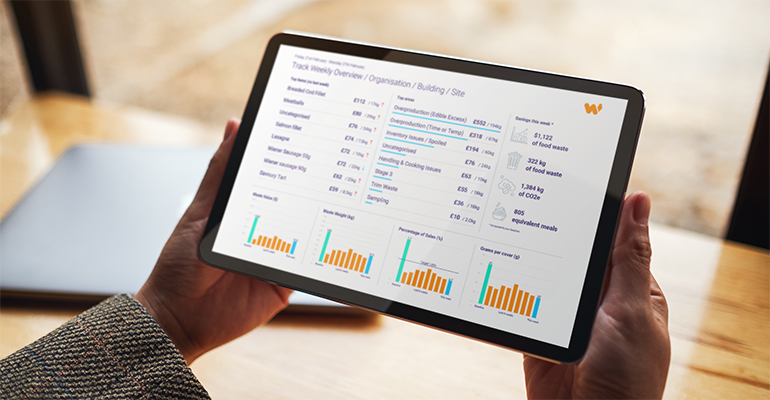 Winnow: ‘We want to hear from manufacturers’

Despite not operating in the food manufacturing sector yet, the company has already trialled its technology in several large production facilities in the airline catering sector in Singapore and the UAE. Having previously trained their AI model to identify food waste in larger, industrialised production environments, Winnow are confident about the opportunities the technology could offer in optimising waste in the food manufacturing space.

“We're a B corporation and our stated mission is to help the food service and hospitality sector, but more generally anywhere that food is produced to prevent it from being wasted […] We’d be interested to hear from the manufacturers whether or not they feel food waste is completely optimised,” said Jackson.

“If a 0.5% reduction in food purchasing costs is meaningful for your business, then we should be having a conversation.”

Aside from cost savings, reducing food waste also offers manufacturers clear benefits when it comes to decreasing CO2 emissions and achieving environmental targets such as those laid out by the UN Sustainable Development Goals and the EU Green Deal.

At a time when investors and consumers alike are increasingly assigning importance to the ESG credentials of brands, actively reducing food waste is a way for food manufacturers to mitigate against climate change while at the same time increase the sustainability and responsibility of brands.

Several food and beverage giants, such as Nestlé and Danone, have already began to shift attention towards implementing such strategies and attaining certifications, such as the B Corp, to set environmental targets and promote sustainable, responsible, and transparent business practices.