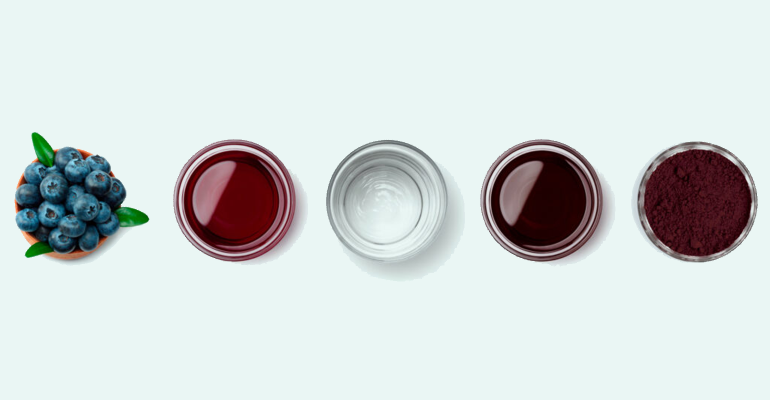 Chilean startup, Frankles, is developing natural flavours for the drinks industry based on an algorithm-powered platform and natural solvents for precision ingredient development.

Frankles says its extraction technology is based on highly scalable and standardizable biotech processes and applied physicochemistry that allow it to diffuse, extract, preserve and concentrate the volatile and non-volatile compounds that are responsible for the aroma and flavour of raw materials.

It uses physicochemical and sensory data obtained from high resolution liquid and gas chromatography and internal sensory panels, and has also developed its own predictive algorithm, dubbed Freeztle, which allows it to formulate multiple prototype iterations. This speeds up the product development process and allows it to create personalized ingredients, it says.

Speaking to Fi Global Insights at FoodHack in Lausanne, Switzerland, Francisca Schäfer Ríos, an engineer in molecular biotechnology and CEO of Frankles, described the company’s processing methods as ‘molecular clean tech’ thanks to its use of sustainable extraction processes and eco-friendly solvents.

Matías Henríquez Yates, CFO and COO, added: “Our technology lets us use new kind of solvents: natural deep eutectic solvents (NADES) formed by natural compounds. NADES have the novelty to be sustainable and can reach excellent purification yields in our process.

“They are very different from solvents used in the flavour industry like hexane, phenol and methanol, that are highly toxic and need to be incinerated to be discarded after the process. In our case our waste can be upcycled or composted.”

Already on the market in RTD cocktails and beer

Frankles extracts the flavour from the original raw material – blueberry flavour from 100% blueberries, for instance. It currently has three product ranges in its portfolio: Pür natural extracts, which are chemical- and preservative-free, and can be used for alcoholic and non-alcoholic drinks; Pür Bubble-Proof, which is specially formulated for carbonated drinks such as beer, flavoured sparkling water, kombucha and seltzers, as it maintains its properties in high pressure environments; and Pür Highly Concentrated, formulated for wines, aperitifs and other drinks with a dominant flavour and high sugar content.

The startup is currently supplying its natural flavours to the alcoholic beverage industry for both beer and products based on pisco, a traditional Chilean and Peruvian spirit made from distilled grapes.

Chilean pisco distillery Malpaso, for instance, uses Frankles’ flavours in its Botanical Spritz range of ready-to-drink (RTD) canned pisco cocktails. The cocktails are available in three flavours: cucumber, lemon & juniper; lemon & ginger; and elderflower & passionfruit. For these pisco-based products, Frankles uses pisco as the solvent to extract the flavour compounds, Henríquez said, meaning the flavours do not need to be listed as a flavouring.

According to the startup, the fact that it requires such a comparatively small amount of raw material to make industrial quantities of natural flavourings and extracts means its ingredients are price competitive with other natural flavours that do not come from the original source material, and more sustainable.

The startup, which was part of the MassChallenge Switzerland cohort in 2021 and is currently raising its seed capital round with venture capital companies in Chile and the US, has its headquarters and production facilities in Santiago, Chile. However, it plans to relocate to Europe where it sees higher demand for its natural flavourings compared to Latin America.

“There’s also no-one doing this here in Europe, so we can be the first movers in this industry,” said Schäfer.

It is already looking at applying its extraction process to other molecules of interest and next year plans to launch functional ingredients, such as antioxidants.

It is also currently developing two new product lines made from the upcycled waste leftover from the processing of Pür products: natural colorants based on plant-based raw materials and functional ingredients such as vegetable fibres, antioxidants, and pectins.

“The later stage for our technology would be to mimic artificial flavourings, such as the flavour of cola, but with plant raw materials,” Henríquez said. “[This will be] when we have more data and can identify that lemon has this molecule, strawberry has that molecule, and we can mix them and can mimic the same flavour. So, in the future, we can have really natural drinks without synthetic ingredients.”

Frankles has around 120 flavours in its portfolio but says its technology can be applied to any raw plant material.