Carbon labelling on the rise in food and drink 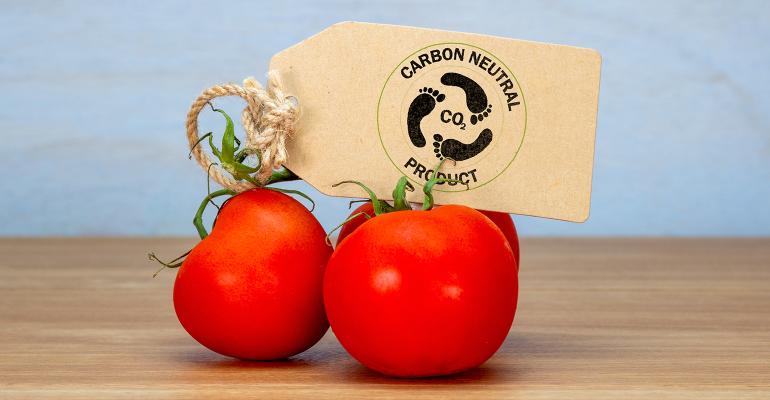 Carbon labelling is starting to appear on food products, as a growing number of companies is highlighting their carbon footprint on pack. How reliable are carbon claims – and do they make a difference to sales?

In April 2020, Quorn was among a handful of early movers when it revealed its plan to detail the carbon footprint of its products front-of-pack, and it encouraged others to do the same. It relies on certification from the UK’s Carbon Trust, a third party accreditation that gives weight to its carbon claims.

“This is about giving people the information needed to make informed decisions about the food they eat and the effect it has on our planet’s climate – in the same way that nutrition information is clearly labelled to help inform decisions on health – and we’re asking other brands to get on board with us,” said Peter Harrison, Chief Commercial Officer of Quorn Foods. “Currently no RDAs exist for carbon emissions, but we hope that if other food brands follow suit, we will be able to make better comparisons in our shopping baskets.”

Others have indeed followed suit, as global giants like Unilever, Nestlé, and Lidl also have introduced information on packaging to inform consumers about the carbon emissions associated with production. Among other actions, Unilever is working with suppliers to reduce its climate impact, Nestlé has introduced Wunda pea milk, which is certified as carbon neutral, and Lidl has launched a carbon neutral cheddar cheese. Meanwhile a host of smaller companies are taking their efforts even further, aiming to become entirely climate neutral, including beer, wine and spirits firms like Whitewater Brewing and Union Wine Company, coffee companies like Summit Coffee Roasting Company and Tandem Coffee, and sweet snacks maker Alter Eco.

The issue is that about a quarter (26%) of greenhouse gas emissions come from food production and agriculture. While other polluting sectors like transport and housing have come under pressure to reduce their carbon footprint, the food and beverage industry only recently has started to face heightened scrutiny. 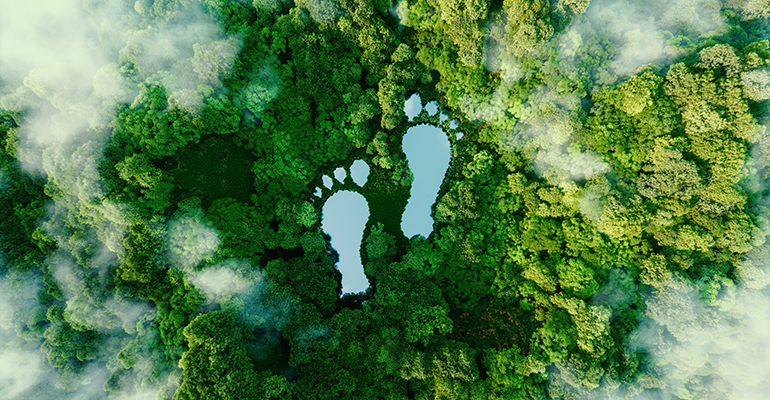 Climate Neutral is a non-profit organisation that aims to work with brands to eliminate carbon emissions, and it so far has certified 291 companies across industries as carbon neutral.

“Becoming carbon neutral is not particularly hard, but it costs money,” said the organisation’s CEO Austin Whitman. “We have found that most companies in food and beverage are able to collect data from across their operations and use it to measure their emissions, and then identify ways to reduce those emissions, while purchasing carbon credits to compensate for the previous year's emissions.”

So far, Climate Neutral claims its work with certified brands has led them to measure and offset more than 1,075,000 tonnes of emissions. For the food and drink sector, Whitman says reaching net zero carbon will require reshaping how agricultural products are produced, packaged and transported, since these are among the largest sources of emissions.

“You need to work with suppliers to source raw ingredients that are produced in lower-carbon operations, and engage logistics and marketing teams to change how products are packaged and shipped around,” he said.

However, not every action needs to be labour intensive. Some simple operational choices can make a big difference, too. Whitman suggested companies should sign up for a renewable energy contract with their electricity provider, for example, and other fairly easy switches could include cutting down on air shipping and reducing packaging. The organisation is also an advocate for carbon offsetting, saying this can be highly effective – as long as companies rely on recently issued carbon credits from credible projects.

“It is also an effective way to force a conversation about carbon reductions, because emitting greenhouse gases is no longer free if every tonne comes with a cost,” he said.

Will consumers buy it?

Research repeatedly has suggested that more sustainable food and beverage products are not only better for the planet, but could also be better for business. According to a recent Harvard Business Review report, products marketed as sustainable grew 5.6 times faster than those that were not – and this was true across 90% of CPG categories, from dairy products and coffee to salted snacks and bottled juices.

What is more, consumers say they are willing to pay more for sustainably sourced products. Last year, Climate Neutral’s own research suggested shoppers were willing to pay 30% more for brands that carried its certification label.