Synthetic biology promises to create sustainable supply chains – but at what cost to sustainable development? 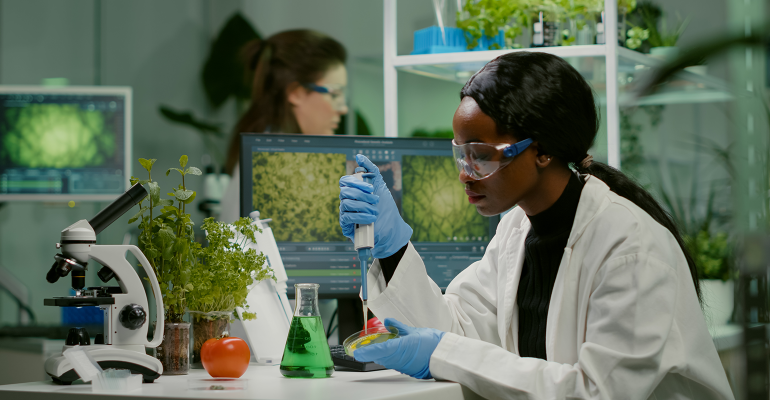 Synthetic biology promises to make the food industry more sustainable by radically changing the way ingredients are produced, yielding ‘deforestation-free’ palm oil and ‘child labour-free' cocoa. But could sourcing ingredients from labs instead of farms have a negative impact on sustainable social development?

Synthetic biology transforms certain microorganisms, such as microbes, yeast, enzymes or even algae, into ‘cell factories’ by instructing the organism’s DNA to begin expressing a molecule of interest. These molecules are then manufactured at scale in a controlled fermentation process in bioreactors. The result is palm oil without oil palms, cocoa without cocoa pods, and dairy proteins without dairy cows.

Advocates of ‘SynBio’ say it could be used to sustainably produce large quantities of high-value molecules with fewer inputs and energy requirements. When extracted from natural resources, ingredients such as palm oil or stevia require huge amounts of land, water, and other inputs and can be responsible for emitting greenhouse gases.

Machine learning and artificial intelligence are also allowing scientists to mine a huge amount of data quickly and efficiently to find the right organisms for their process, which is speeding up the synthetic biology (also known as precision fermentation) process enormously.

Peak B, for instance, is a startup spun off from a University of California, Davis research project that has successfully synthesised a blue cyan colour from red cabbage. To find the right enzyme to convert the cyan, Peak B’s scientists screened millions of enzymes, tested a small number in the lab, and then used computational methods to search through an unfathomable number of potential protein sequences — 10 to the power of 20, or more than the number of stars in the universe – to design the enzyme capable of carrying out the conversion efficiently.

If lab-grown food becomes the norm, what will happen to sustainable supply chains?

Many companies operating in this space are targeting commodities that traditionally have ‘problematic’ supply chains. New York-based C16 Biosciences and Dutch startup NoPalm are producing microbial palm oil in a lab, describing it as ‘conflict-free’ and ‘deforestation-free’, respectively. 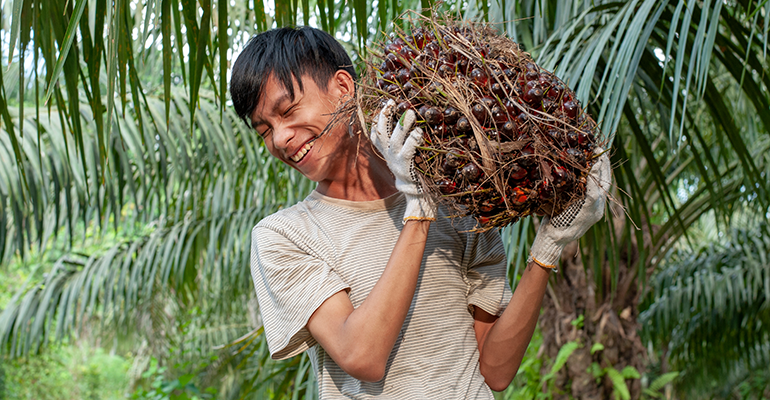 Who is responsible for smallholders’ livelihoods?

Co-founder and CEO of NoPalm Lars Langhout said it was hard to predict the reaction of purchasing countries to these ingredients of the future, but he believes that NoPalm's non-GM oil, produced using biomass side streams as a microbial feedstock, is inherently sustainable.

“We believe all palm oil, both RSPO and non-RSPO should be replaced by microbial oil. There is no point in farming, refining, and transporting a product across the globe that can be made locally everywhere,” Langhout said.

“In [emerging economies such as Asia and Africa], side streams are not yet utilized as they are in, for example, Western Europe. We see a future for those smallholder farmers that work on palm oil plantations – that by the way are mostly run by large corporates – to focus on side stream accumulation and perhaps even help make microbial oil there on-site.”

Once it reaches industrial scale, NoPalm has pledged to devote part of its profits to supporting smallholders in producing countries to focus their efforts on rainforest preservation. It has not yet defined a percentage of profits but said it would represent a “substantial support” to those smallholders.

“[...] we believe there will be a transition in which a true price tag will be put on products. This means that there is money to be made by conserving nature and we see a role for those smallholder farmers to do so,” Langhout told Fi Global Insights.

“The responsibility for that transition is with the current palm oil corporates, the traders buying and selling palm oil, and the companies importing palm oil. We pro-actively also take responsibility by applying parts of our profits but, in the end, it's the current companies that work with them. They cannot simply disregard them as companies have done with the car manufacturing industry in the US or even before that the coal and textile industries.”

California Cultured: ‘We’ve thought a long time about this question’

US startup California Cultured produces cocoa without cocoa plants. Although currently early-stage, it is scaling up and aims to serve the mass market with cell-cultured chocolate that costs less than one dollar per kilo by 2025. At that price point, it would be even cheaper than commodity chocolate. Could undercutting the cost of mass cocoa cause demand to dry up, thus putting millions of smallholder producers out of work?

“We’ve thought a long time about this question and […] we see that the vast majority of chocolate produced today is very environmentally destructive and unethical and many of these problems will only get worse in the future. In addition to that, we see the demand for chocolate rising,” said Alan Perlstein, CEO of California Cultured, speaking to this publication previously.

Perlstein added that, without cell-cultured chocolate, this increase in demand for chocolate would likely fuel deforestation and spur an increase in intensive, monoculture agriculture that is currently associated with child labour, worker exploitation and cocoa pathogens. 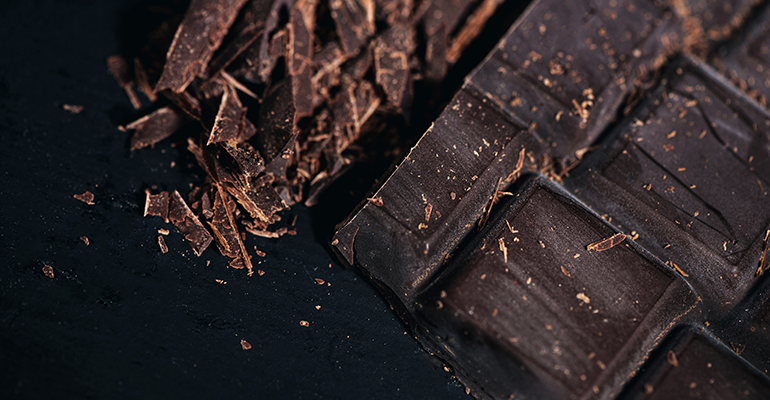 Areas for action: ‘Synbio’ at the service of sustainable development

According to Katherine French, the competitive production of steviol glycosides by major chemical companies, such as Cargill and Evolva, was a prime example of a synthetic natural product on its way to replacing its living counterpart that has received little attention. The Indigenous Guarani people in South America who traditionally cultivated and used the stevia plant have not received any benefits from the commercial use of their traditional knowledge and natural resources, she added.

Nevertheless, French believes that synthetic biology can contribute to sustainable development – but only if the United Nations’ 2030 Sustainable Development goals are used as a reference guide.

It should be mandatory for biotech companies to have an ethics officer, French suggested, and governments should develop regulatory approval procedures via a centralised authority that upholds fair-use policies, such as those found in the Nagoya Protocol. Opportunities to carry out synthetic biology in non-western countries should also be supported, making natural product development fairer and more equitable.