The potential shown by food technology innovations to transform the global food system has not gone unnoticed by investors.

Despite the global pandemic, a record-breaking $3.1 billion of investments in alternative proteins were recorded in 2020, with fermentation receiving a staggering $590 million thereof, which is more than two times the figure raised the year before.1

As the number of investments in innovative food tech startups grow, where do the innovation opportunities lie? What roadblocks exist and what role do startups play? Watch this panel discussion to hear more from startups whose innovations are leading the food production evolution. 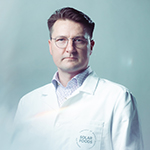 Before becoming CEO, Pasi Vainikka led a strategic initiative with the name Neo-Carbon Energy. It was the single-largest renewable energy research in Finland so far. Spin-off projects from that initiative include Soletair pilot plant producing fuel from air, Neo-Carbon-Food concept for producing healthy protein from air - now commercialised by Solar Foods - as well as the wold’s first simulation for global 100% renewable electricity system named the “Internet of Energy”. 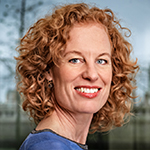 Karin Verzijden is a Life Sciences Lawyer with a focus on functional foods, feed and pharmaceuticals. She assists companies regarding the market introduction of innovations in this field. This includes the qualification of new ingredients and advising on the appropriate regulatory pathway belonging thereto, such as for Novel Foods or additives. Karin is familiar with the authorities supervising these types of products and provides assistance in enforcement actions when needed. Karin furthermore drafts and negotiates a variety of commercial contracts in her field of expertise, and advises on GDPR aspects. Karin reports current EU food and regulatory developments at www.foodhealthlegal.eu. 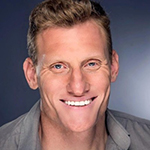 Gideon Lapidoth is Co-founder, CEO and CTO of Enzymit. He holds a Ph.D. in computational protein design from the Weizmann Institute of Science. Gideon developed computational algorithms for building novel antibodies and enzymes with high accuracy and activity. He is also a former Analyst at Yeda R&D (WIS).

Vinayaka Srinivas is a scientist by training and has over 10+ years of experience in stem and muscle cell research. Currently, Vin is working on his startup to bring clean, guilt-free, and environmentally-friendly choice of food feed to ~7 billion people without killing any animals. Gaia Foods is using stem cell technology to vertically integrate the end-to-end production of cultivated meat.