HomeFi 365Women in FoodHow can women move up the ranks in the food industry?
Recent
Exploring the benefits of fibre beyond the gut
Jan 24, 2022
Plant-based protein innovation promises brighter future
Jan 21, 2022
Sustainable protein solution gets ready for market
Jan 20, 2022
Food waste: a renewable source of plastic packaging
Jan 20, 2022
Final countdown begins for front-of-pack labelling and nutrient profiles
Jan 20, 2022
Plant-based: The canvas for innovation [On-demand webinar]
Jan 19, 2022
The latest in lactose-free innovation
Jan 17, 2022
“The most enjoyable part of my job is the satisfaction of knowing that I’m helping sell products that are safe, truthful and compliant.” - Claudia Mucciardi [Interview]
Jan 13, 2022

How can women move up the ranks in the food industry? 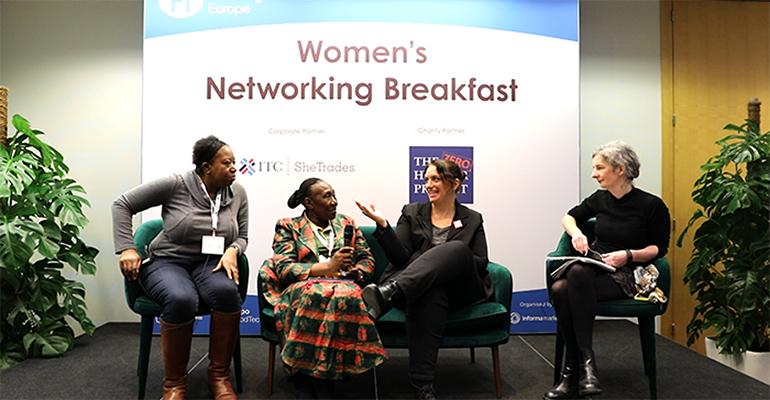 From establishing a gender-neutral company culture, to sending 'imposter syndrome' packing, panellists at the Women's Networking Breakfast at Fi Europe 2019 identified some of the key factors behind women's advancement to leadership roles in the food industry.

The Women's Networking Breakfast at Fi Europe is a popular forum for discussing diversity and inclusion in the food and beverage industry. The 2019 edition was attended by over 50 delegates, both women and men.

The panel discussion was moderated by Anne Mullen, Chief Editor of the scientific journal Nature Food, and involved three dedicated advocates of equality in the food sector.

The panellists identified that a gender-neutral company culture is one of the key elements for both women and men, to having equal career advancement opportunities.

"It is not about mentioning [equality] in a Corporate Social Responsibility report; it should be a pillar of CSR policy and cascade from the top through all levels of organisations.”

In practice, this means that all employees — woman or men, young or old, parents or not — should be free to express what they want from their careers and from their personal lives, and, with the help of HR, find ways to solve the equations between them.

In an effort to promote diversity, some organisations use positive discrimination in recruitment and have introduced quotas for women in top jobs. Paradoxically though, such quotas can give the impression that women only occupy senior positions because of their gender.

It is a misconception that Dr Funke Bolujoko has also encountered during the course of her career, occupying various leadership positions in the public sector, the World Health Organisation, and currently, where she is the Chief Operating Officer of the Nigerian, 100% natural herbal tea producer, RUCHIM Ltd.

"I think it is an insult for someone to say to me you are employed because you are a woman," she said. "I didn't pass my exams because I was a woman. Why should I then be considered [for a promotion] because I am a woman? You should be considered as a performer." 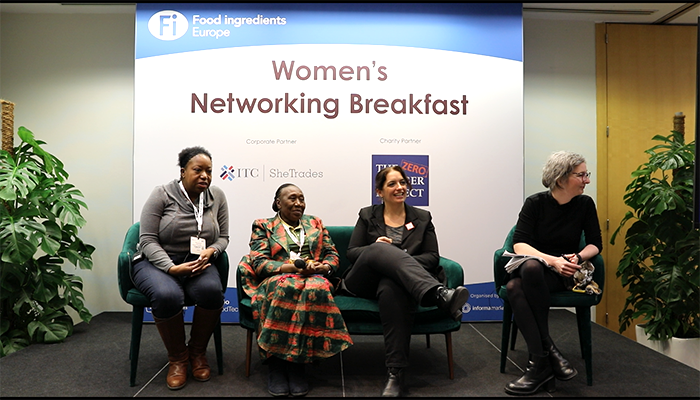 ‘Fake it till you make it’ and having courage

Bolujoko continued that, women who want to move up the ranks must be convinced of their own competence - but too often they underestimate or underplay their abilities.

Her concern was shared by Mecca Ibrahim, co-founder of the British network Women in the Food Industry, which celebrates the achievements of women in all areas of food and promotes communication and collaboration.

"Women are good at saying, 'We are not perfect', sometimes to our disadvantage. We might say that too many times, whereas men are like, 'Oh yeah, I can do that.'"

Ibrahim gave the example of the TV show 'Great British Menu', in which the judges ask contestants to give their own dishes a score out of 10. "The women always under-judge themselves, at 5 or 7," she said, "but the men give themselves 9 or 10. So I feel that we, as women, should recognise our own value and worth."

Under-valuing oneself is typical among people who suffer from 'imposter syndrome', a psychological pattern of doubting one's accomplishments and fearing exposure as a fraud.

“You know the saying ‘fake it till you make it’? It's a common phrase amongst start-ups in the UK. Be more powerful than you actually might feel you are at the time, because people won't necessarily realise it. That, in itself, is a power."

Another tactic, when faced with a challenging task, is to take your courage into your own hands and talk yourself into it. Bolujoko recalled doing this at key moments in her career; such as when working for the WHO in difficult, sometimes dangerous, places like Afghanistan and Yemen. Staying true to yourself - and empowering others

While it is important for women to feel empowered and to trust in their abilities, they must also remain true to themselves. Membrives said:

"You should not behave like a man to progress in an organisation."

In fact, she prefers to avoid gender stereotypes around management style altogether.

"I don't think there is a feminine or a masculine way of managing, I think there are different management styles and we need to value this diversity to have organisations that are more inclusive and, as a result, better performing.”

Ibrahim, on the other hand, does see certain gender-related tendencies in management styles.

"Men may be more, 'Do this; follow my lead'. Whereas I think women are more, 'How can I lead you, how can I bring you up?’ Women are good at making people realise inherent skills and see how valuable they are to the business.”

To her, this tendency to nurture and empower employees is crucial to helping everyone achieve their potential.

Bolujoko, for her part, prefers a gender-neutral management style, especially when being 'tested out' by employees who believe that a woman's authority should be less firm than that of a man’s. "First, though not in a bossy manner, you let the people know that your competence matters quite a lot. When they recognise this lady manager or lady CEO is as competent as the male CEO, they respect you.

"Second, you need to let the workers know that you deal with performance. Let people know that they are there to work and to contribute, and there are rules to guide the organisation. When the rules are broken there are consequences.  You have to be a fair boss and not discriminatory in your own actions. You are respected for that.

“Then they know, 'She is woman, but she knows her onions'," Bolujoko said.

A manager or a leader?

As women make their way up the career ladder, it is important to recognise the difference between holding a managerial position and being in a position of leadership. Bolujoko explained:

Put another way, a manager can be a specialist in their field, whereas a leader must be a generalist.

"You have to know the entire enterprise you are going to lead — on the operational floor, dealing with finance, everything. We should not shy away from it.”

However, Bolujoko admitted that obtaining this general knowledge might raise some eyebrows, particularly when it means entering a male-dominated department.

Women who have reached the top of their organisations can be instrumental in the advancement of other women. Since founding Women in the Food Industry in February 2019, Ibrahim has been amazed by the willingness of women, who are quite senior in the food industry, offering their support and help.

She encouraged all women who have reached the upper echelons of their profession to “be the leader you wished you had when you were starting out in the industry.”

"It is important to remember what it was like when you first stepped into the office, when you had to knock on the door. Help people get over that initial fear and bring their confidence out."