HomeStartupsUsing oleaginous yeast to replicate the texture of dairy fat
Recent
Anti-inflammatory foods: What are polyphenols and how do they support healthy ageing?
Aug 04, 2022
Going beyond the logo for sector-wide sustainability
Aug 02, 2022
Ultraviolet light in food processing: A guide for manufacturers
Jul 28, 2022
Is rapeseed set to be the next big thing in alternative protein? This startup thinks so
Jul 26, 2022
Rooibos: More than a tea, a powerful botanical with proven health benefits [Download]
Jul 21, 2022
Zembrin® - An ancient botanical with modern applications for mental wellness [Download]
Jul 21, 2022
Food producers explore acid whey’s sustainable and scalable potential
Jul 21, 2022
Foodpairing develops flavour technology to combat childhood obesity
Jul 19, 2022

Using oleaginous yeast to replicate the texture of dairy fat 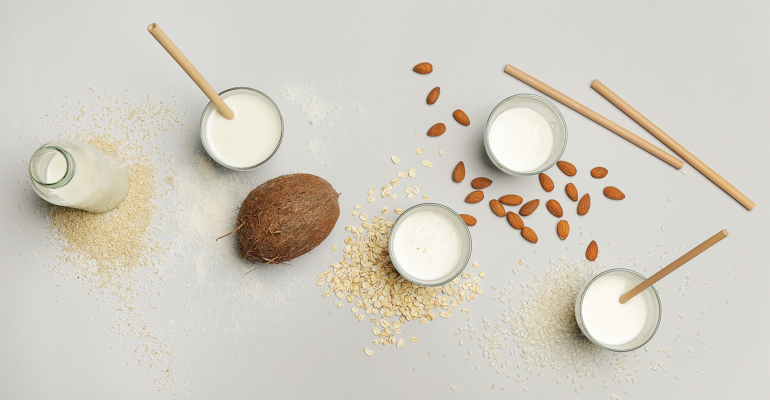 Swiss startup Cultivated Biosciences is using biomass fermentation to grow a yeast-derived fat that has the creaminess and mouthfeel of dairy fat.

“We are solving the problem of texture in plant-based dairy because consumers, and also producers, tell us that what is missing is a creamy mouthfeel and smooth texture,” said Tomas Turner, CEO and co-founder of Swiss startup Cultivated Biosciences. “Right now, they have only coconut oil and canola oil to work with so they are very limited. We started looking for our own solution and found it in non-GMO yeast.”

Unlike precision fermentation, which involves gene editing yeast, microbes or algae to instruct the organism to produce a specific molecule of interest, Cultivated Biosciences uses biomass fermentation to grow its GM-free yeast in bioreactors.

“What we extract is a complex mixture, we don’t focus on one single compound. We focus on having a mixture that is like a cream,” Turner said.

Cultivated Biosciences grows this oleaginous yeast in such a way that it accumulates fat. It then extracts this fat which, it says, has the same texture as cream with the added advantage of having no cholesterol, no lactose, and a strong white colour that facilitates its inclusion in dairy alternative products.

Fat is key to replicating taste & texture of animal-based products

As demand for plant-based meat and dairy products grows, food formulators are looking to create ingredients that replicate the taste, texture, mouthfeel, functionality and cooking attributes of animal-derived fat – while even improving its nutritional profile.

US startup Epogee modifies the structure of plant oils to create esterified propoxylated glycerol (EPG), a restructured fat has fewer calories than conventional fat while providing a more “animalic or tallow-like melt profile and weight on the palette”.

Lypid, also based in the US, uses encapsulation to control the melting point of plant-based fats during cooking. One of its products prototypes is a vegan bacon that retains a solid white, crispy fat after being cooked.

While yeast is not, strictly speaking, a plant, Cultivated Biosciences is targeting the plant-based dairy category with its dairy-free cream. Speaking to Fi Global Insights at FoodHack in Lausanne, Switzerland, Turner said its yeast-derived fat had very similar functionality to dairy fat.

“We are working on getting the same from a microscopic perspective. As we work with non-GMO yeast, we are not focussing on having the exact same compounds but the important thing is, microscopically, it does the same,” he said, adding that this attribute was important to replicate the texture of dairy fat.

In addition to the creamy mouthfeel, Cultivated Biosciences says its animal-free fat provides good functionality as a thickener and texturiser while the white colour is useful for dairy alternative applications. Its fat has a slight umami flavour profile, which means the Swiss startup, based in the canton of Zurich, will initially target savoury applications, such as plant-based cream cheese and sour cream. It then plans to develop other solid fat iterations that are suitable for hard and aged cheese alternatives.

“Then we will also make sure to develop an ingredient that is fully neutral that can go very well in neutral milk [alternative] products and sweet goods,” Turner said.

When asked what its yeast-derived fat was called, Turner said Cultivated Biosciences would opt for a trademarked name and on ingredient lists would prefer to list it as ‘cultivated cream (extract of yeast).

The entrepreneur, who previously worked for the startup Planted Foods, said he was inspired by the effective altruism movement to develop ways to make the food system more sustainable, particularly replacing animals. As part of his master’s thesis, he began working on the concept of using yeast to replace animal-based dairy fat and co-founded the company with Dimitri Zogg, its CTO.

Turner identified interesting strains of oleaginous yeast that were originally the subject of scientific research for potential biofuel applications.

“There is a lot of interesting literature that is actually based on biofuel. A lot of people worked on this kind of yeast to produce biofuel. Then this industry went down but there is still a lot of research that we can apply and adapt to food,” Turner said.

Cultivated Biosciences recently closed its pre-seed funding and will launch a seed round in the first half of 2023. It is now focussing on optimising its process to increase yields and improve the economics of its concept. The early-stage start-up, which is already working with several partners on different formulations, is currently manufacturing in a 20-litre bioreactor and plans to be producing in a 50-litre bioreactor by the end of the year.

It will also need to submit a request for novel food approval to the European Food Safety Authority (EFSA) and Turner anticipates this will take “quite some time”. However, the fact that the plant-based food movement is being fuelled by long-term challenges, such as climate change, means Turner is confident that Cultivated Biosciences’ ingredient has longevity. The market has also shown that, so far, consumers are more willing to accept plant-based dairy over plant-based meat, he added.

“Plant-based milk is already very well-known and [it’s] the same with yoghurt. So, people are already educated about this, but many don’t like it. If we get better products, I don’t think it will require too much of a shift compared to plant-based meat. People are more attached to the idea of a real burger than a real yoghurt, I think.”