Could cow’s milk be more sustainable than soy? 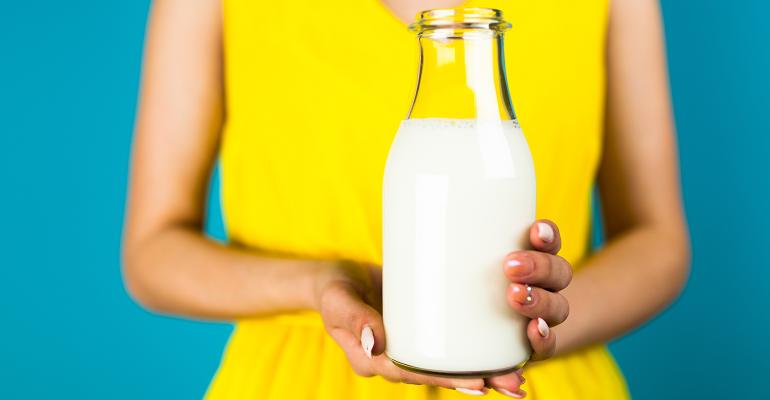 Dairy milk produced from pasture-fed cows may be more sustainable than soy milk, according to a recent review, which calls for a farm-to-fork reduction of deforestation-fuelling crops such as soy and palm oil in both feed and food.

Together, soy bean oil and palm oil account for a huge 90% of global vegetable oils that are used in consumer goods from snacks to soap while soy bean and palm kernel meal are frequently used in animal feed.

However, the production of these crops is associated with massive habitat destruction, from the Brazilian Cerrado to Indonesian rainforest, resulting in fires, greenhouse gas emissions, and biodiversity loss.

Although suppliers and buyers have pledged to make their supply chains deforestation-free, many are not meeting their own commitments. In 2014, over 50 companies, including food industry giants Cargill, McDonald’s, Nestlé and Walmart set themselves the goal of eliminating deforestation from the production of agricultural commodities such as soy, palm oil, paper, and beef by 2020 as part of the New York Declaration on Forests. Last year, however, commodities giant Cargill said it would not be able to meet this commitment.

Faced with such failures, two researchers are calling for a reduction in the amount of soy and palm used across the food chain. Writing in a recently published, open-access review, J.M. Wilkinson from the University of Nottingham and Richard Young, policy director at the Sustainable Food Trust, urge UK farmers to reduce soy- and palm-based ingredients in animal feed, opting instead for locally sourced alternatives such as distiller’s grains, field beans, oilseed rape meal and lupin.

Consumers, meanwhile, should consider buying dairy milk made from pasture-fed cows (or cattle given soy-free feed) over soy-based drinks if they want to make the sustainable choice, they say.

According to the review, around 85 litres of milk is produced in the UK for every kilo of soy bean meal consumed by dairy cows. However, one kilo of whole soy beans produces a maximum of 7.5 litres of soy drink, meaning that drinking milk from British cows uses 11 times less soy than consuming drinks made directly from soy.

“I feel it is quite possible that in the UK, where milk production is predominantly based on grass, at least on some farms and possibly overall, dairy cow milk may yet come to be recognised as more sustainable than soy milk overall,” Young told Fi Global Insights, adding that an exhaustive analysis was nonetheless required before being able to make this claim emphatically.

Although cattle and livestock emit methane, grazing animals are important in preserving native grasslands as they stimulate the growth of grass, maintain soil health and prevent erosion – all while producing food. 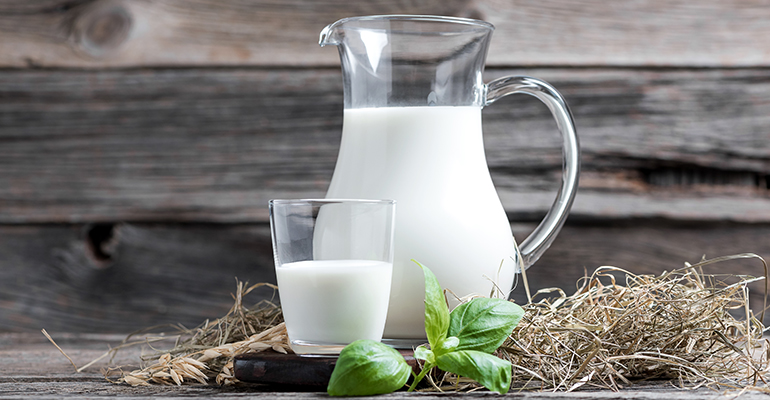 About 60% of the world's agricultural land is grazing land, supporting about 360 million cattle and over 600 million sheep and goats, according to the United Nations’ Food and Agricultural Organization (FAO).

However, livestock, cattle in particular, are responsible for methane emissions. So, could certified sustainable soy produced far from deforestation hotspots be the solution?

Production of soy in Europe has doubled over the past five years, according to non-profit organisation Donau Soja, with demand being driven both by consumers, who are increasingly shunning soy products linked to deforestation and land loss, and farmers, who see soy as an economic rotation crop that adds nitrogen to the soil.

“Obviously the more sustainably soy can be produced the better, and if rainforest or other virgin land is not being destroyed in the process that is clearly a major positive,” Young said. “However, […] growing soy on farmer grassland is far from an environmentally benign option.”

Soy monocultures have a negative impact on pollinators, for instance, as the plant does not produce food for bees and other pollinating insects, Young said.

“Where this is being grown on former species-rich grassland or in place of sunflowers, it is taking the last feeding grounds for pollinators during the summer months when most of the other main flowering crops are over,” he said. “So, while the growth in European soy production is to be welcomed in some respects, our feeling is that overall, we should be seeking to reduce, not continually increase, our dependence on soy.”

Jimmy Pierson, executive director at ProVeg UK, a non-profit organisation that works to expand the animal-free market, does not agree that cow’s milk can be more sustainable than soy milk.

“Soy milk, on every basis, is more sustainable than cow’s milk,” he said. “One litre of cow’s milk requires more than 22 times more water and roughly 12 times more land, and emits three times more greenhouse gas emissions than one litre of soy milk - this is according to Poore and Nemecek’s major study on the environmental impacts of various foods. [link to study here].

“Other types of plant milk such as oat and rice milk are similarly sustainable,” he added. “In this climate crisis, we have no choice but to urgently reduce our climate emissions. Animal agriculture is a major contributor to climate change, responsible for about 16% of all anthropogenic greenhouse gas emissions, with cattle producing 62% of livestock sector emissions, and beef and dairy cattle generating roughly equal amounts of greenhouse gases.”

According to Pierson, soy's link to deforestation in the Amazon does not discredit it as a sustainable food in consumers' eyes.

"It is a common misconception that soy milk is responsible for Amazon deforestation. About three quarters of global soybean crops are grown as feed crops for livestock, which is truly the driving force behind the clearing of vast swathes of forests, grasslands and wetlands,” he said.

Beyond the sustainability argument, Young said that soy drinks and other plant-based milks may not be as healthy as natural dairy milk.

“While I obviously recognise that those opposed to livestock production for ethical reasons and those who are lactose intolerant will not be able to drink cows’ milk, I am concerned about the long term potentially negative health implications when large numbers of people switch from a natural product, like milk, that humans have been drinking for thousands of years, to ultra-processed products such as milks made from plants, which are in many cases relatively recent innovations from food manufacturers,” he said.